The Georgia Legislature passes a bill to build a railroad to connect the Port of Agusta tothe Tennessee River valley. This is the first railraod across the Appalachian Mountains and open trade from the Atlantic Ocean to the upper midwest

John D Gray Company begins construction of the last link of the railroad, a 1,477 foot-long tunnel through Chetoogeta Mountain

The first heading is driven through to a sixteenth of an inch variance. Chief Engineer William L Mitchell leads a procession of workers, clergymen, musicians, ladies and gentlemen on the first passage. The celebration continues through the night 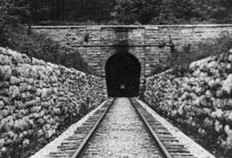 The first train of the Western & Atlantic Railroad passes through the tunnel. The railroad is complete, and a new town called Atlanta, "formerly Terminus", begins to grow as a major transportation hub.

Union spy, James Andrews, and his raiders steal the "General" and pass through the tunnel in "The Great Locomotive Chase." Their attempt to destroy is foiled as they are persued by Willian A Fuller in the Texas. The Locomotive gives out in 18 miles south of Chattanooga, TN and the raiders are presued and captured

Union General William T Sherman captures the tunnel at the onset of his Atlanta Campaign. He spends several days headquartered in the nearby Clisby Austin House 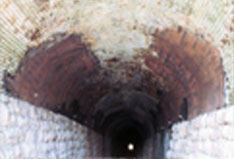 Heavy rail traffic increases in volume and the larger train cars become stuck in the tunnel. Train engineers nearly die when their locomotive is lodged in the tunnel and escape when another train rams them through. The gouge marks still exist today. 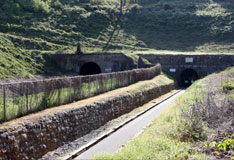 A new, larger parallel tunnel is completed and train traffic is re-routed to what is today's CSX Railroad main line. The old tunnel ends its 78 years of service.. 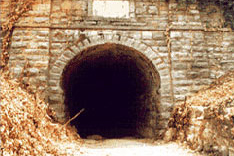 The abandoned tunnel becomes well known as a shelter during the Great Depression. Later the tunnel sees another invasion, this time groundwater and kudzu. Combined with years of neglect, nature nearly destroys the historic structure.

The Tunnel Hill Historical Foundation intercedes as the entrance to the tunnel is nearly covered by railraod debris. The old tunnel is deeded to the City of Tunnel Hill 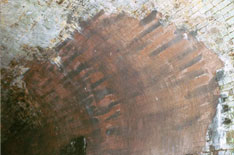 Whitfield County Board of Commissioners recieves a Transportation Enhancement Activities Grant and hires ARCADIS Geraghty & Miller (ARCADIS) to engineer the rehibilitaition, presrvation and conservation of the structure to a tourist attraction. 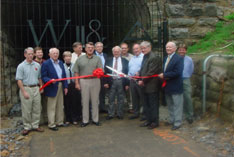 Open to the public for the 150-year anniversary of the first passage through the Tunnel. 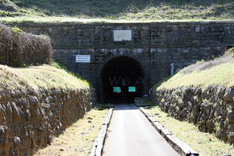 Construction has been completed for Phase II, which includes pathways, interpretive displays for the W & A Railroad Museum and Heritage Center. Tours are available Monday through Saturday, 9:00 AM until 5:00 PM, except for holidays. 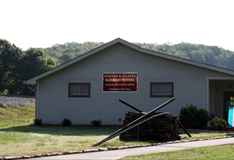